The annual Serby Says NFL Awards rail against the continued bias toward quarterbacks in the voting for Most Valuable Player.

Wide receivers and running backs are people, too.

No receiver has ever won this honor, because a quarterback has won it 45 times since the AP began handing it out in 1957, and we all get why.

Quarterbacks have won the award nine consecutive times and 14 of the past 15. Running back Adrian Peterson, in 2012, was the last non-quarterback to win it.

Cooper Kupp’s triple crown last season — leading the league in receptions (145), yards (1,947) and touchdowns (16) — was still not enough to dethrone Aaron Rodgers (37 TDs, four INTs), whose Packers (13-3) lost in the divisional round to the 49ers. The champion Rams were 12-5 before Kupp went on to become Super Bowl MVP. Kupp received one vote and finished third. Rodgers received 39. Tom Brady received 10.

Patrick Mahomes is the favorite this time, followed by surging Joe Burrow, Jalen Hurts and Josh Allen … followed by Jefferson. The Chiefs wouldn’t be the Chiefs without Mahomes (37 TDs, 11 INTs), and the Eagles wouldn’t be 13-2 without Hurts, etc., etc. So obviously they are invaluable — the quarterback in a quarterback-driven league always is.

But where would the Vikings (12-3) be without Jefferson (123-1,756, eight TDs), who is on the brink of an historic first 2,000-yard season for a receiver? How do you quantify “valuable”? Jefferson won’t come close in the MVP voting. He’ll have to settle for the slightly less prestigious Serby Says MVP.

“If he breaks Calvin Johnson’s record (1,963 yards in 16-game season), I think there’s gonna be a lot more notoriety to it,” ESPN analyst Damien Woody told Serby Says. “If I had a vote, I’m voting for Patrick Mahomes, simply because when I look at the numbers he’s been putting up without Tyreek Hill, and be able to have the Chiefs based in the same position that they’ve been year in, year out with Tyreek Hill. It’s hard to overlook that.”

I tell Woody I think he’s the best player in the league myself.

“You will be hard-pressed for me to argue against that,” he said. “I think that every time that Kirk needs a throw, the whole league knows that Kirk Cousins is throwing the ball to him and they still can’t stop it. … [Jefferson’s] route-running is ridiculous. He’s a very smooth athlete, gets in and out of his breaks really fast, he’s very competitive when the ball is in the air. He’s just money. He’s a money guy.”

Offensive Player of the Year

See Woody’s argument. Can’t ignore the guy, right? If the oddsmakers are right, this will be Mahomes’ second MVP award after he beat out Drew Brees in 2018.

Defensive Player of the Year

He has 17.5 sacks — six in the fourth quarter — and two forced fumbles. Micah Parsons (13) has one sack in his past four games. Brock Purdy doesn’t have to do this alone.

Offensive Rookie of the Year

He has lived up to best-receiver-in-the-draft hype (71-996, four TDs), and he has done it with Zach Wilson as his quarterback more than anyone else.

Defensive Rookie of the Year

Here’s how real: “I think he’s better than the rookie [Darrelle] Revis,” Woody said. “I think he’s more advanced than Revis at this stage of the game.”

Comeback Player of the Year

“I just want to show the Giants that the guy they drafted is still here,” Barkley said at the beginning of training camp. And then: “Now, it’s a kill mindset. Now it’s like, you know what? [Expletive] everybody. I’m ready to go crazy,” he said on the Second Wind podcast. He has gone 283-1,254-10-TDs crazy, with 55 receptions for 343 yards.

“He looks like the Saquon that first came into the league,” Woody said.

Coach of the Year

“Look at how good Jalen Hurts has gotten,” Woody said. “The way that he built a system around the quarterback, that’s what smart coaches do.”

Executive of the Year

The draft-day trade for A.J. Brown for the 18th and 101st picks changed everything for Hurts and the Eagles, and led to the firing of Titans general manager Jon Robinson.

“They’ve made so many moves that are just paying off big dividends. … I don’t know an executive that can touch him this year,” Woody said.

Interim Head Coach of the Year

Takes over a 1-4 team from Matt Rhule. Christian McCaffrey is traded. Sam Darnold takes over at QB for Baker Mayfield, with some PJ Walker in between.

“If he beats Tampa [Bay] and they win the NFC South, there is no question in my mind that he should be hired as a full-time head coach for the Carolina Panthers,” Woody said. And even if he doesn’t.

His wrong-way pass for Mac Jones that became a Chandler Jones pick-six has never been in Bill Belichick’s playbook. Or anyone else’s.

“That was the stupidest play I’ve ever seen. Ever,” Woody said.

Mr. Irrelevant has stepped in seamlessly for Jimmy Garoppolo.

“I am who I thought I was.” He was who the Bengals thought he was even with Ja’Marr Chase sidelined.

The I am not who they thought I was

Woody: “His game needs to adjust. He’s been on the decline the past couple of years in Seattle. I think he needs a really good coach to come in there and really build his confidence and build a system to maximize most of what he’s got left.”

Is he fixable? “It’s hard to say after this year, man, ’cause I’ve never seen a quarterback fall off a cliff like Russell Wilson did this year,” Woody said.

That fourth-and-18, one-handed, falling-backward, 32-yard catch against the Bills … Google it.

Kirk Cousins and the Vikings stormed back from 33-0 against the Colts for a 39-36 win. A reminder, it ain’t over till it’s over.

“They wrote me off, but I ain’t write back.” Runner-up Comeback Player of Year.

The Hooray for Hollywood

That game-winning, 98-yard TD drive against the Raiders 48 hours after being waived by the Panthers was the stuff of movie magic.

“I think Baker Mayfield is jumping back on people’s radars again,” Woody said.

He began sealing his own fate when he thought letting Brandon McManus attempt an ill-fated, last-minute 64-yard field goal trailing 17-15 at Seattle was preferable to letting Wilson, his $242,588,236 million man, try to convert fourth-and-5. Wide left. Which could sum up the costly Hackett-Wilson Era.

Inspirational Player of the Year

Seven surgeries on his left leg since his Sept.16, 2021 catastrophe and he fought all the way back.

Book of the Year

“Unbreakable: How I Turned My Depression and Anxiety into Motivation and You Can Too.”

Game of the Year

Creep of the Year

There shouldn’t be a massage therapist in America who wouldn’t agree.

NFC South up for grabs in key Buccaneers-Panthers battle 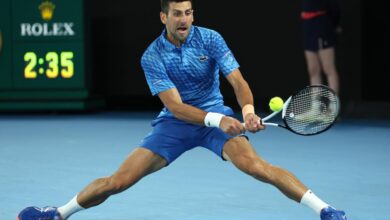 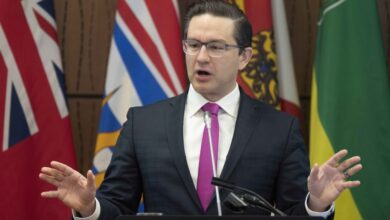 What does Pierre Poilievre think of health-care spending 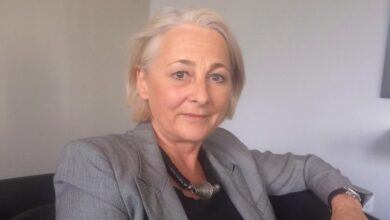 Tanks to Ukraine: Germany won’t be a ‘party’ to war, Ambassador says 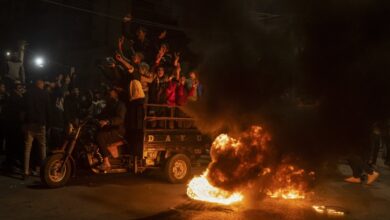